Design surprises are normal in any project. This is why a contingency fund is always budgeted. As of August 2014, the 5% (~$300,000) contingency fund was already depleted, only halfway through the project. With Broadway Brommer, the surprises seem to be a part of every aspect of the project. Here are a couple of situations that seem to say "oops" and which will require more design from project engineers, more change orders, and extra cost.
Example No. 1 - Church Parking Lot at Broadway
Bike road on the right. Church parking lot on the left. Will ever the two meet and who pays to do the work?
ANSWER!  On November 7, work began to lower and repave the entire Church parking lot, so it will be level with the asphalt of the bike road. 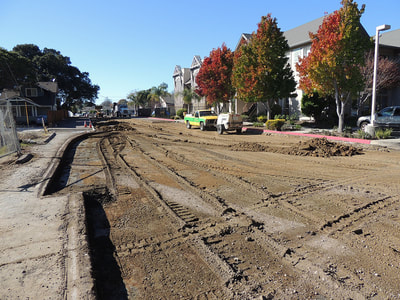 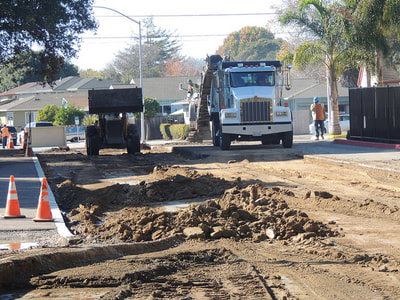 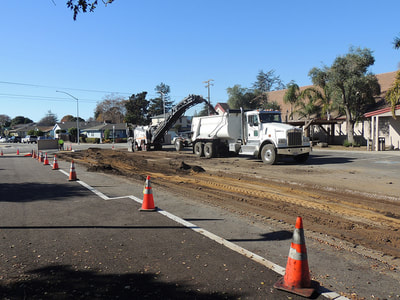 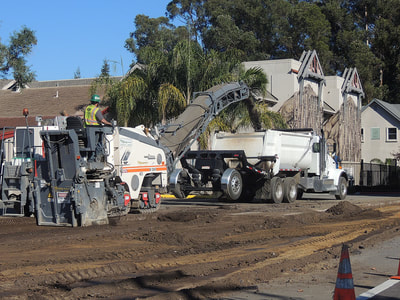 As of Thanksgiving, the parking lot has turned into a swimming pool! When the new paving is finished, the City will likely recover the extra costs when it sells the parking lot back to the church. 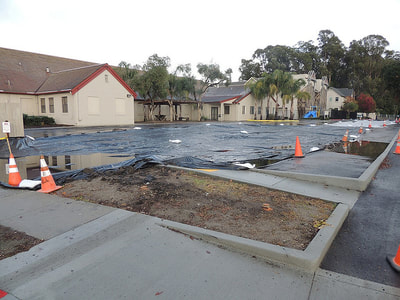 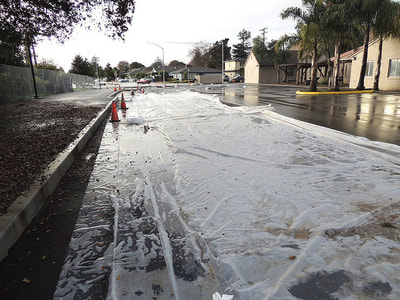 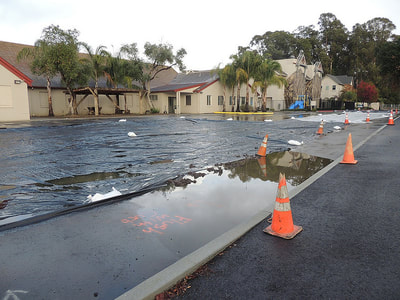 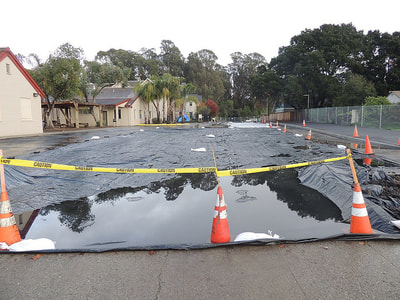 Example No. 2 - Bike route asphalt at upper Brommer
The Port District property adjacent to the bike road pavement on Brommer Street was both higher and lower than the engineered bike road. The contractor had to fill in the gap with base rock, which left one section of base rock higher than the asphalt. The next heavy rain spread the base rock over the asphalt bike road. 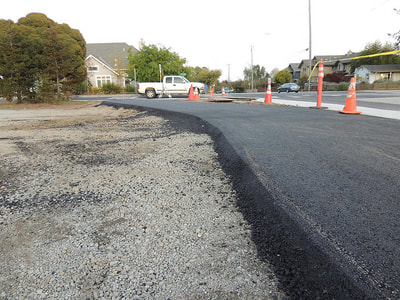 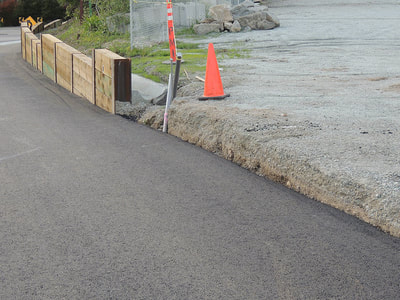 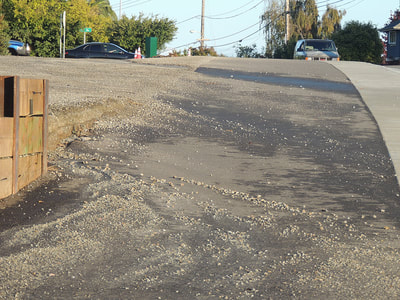 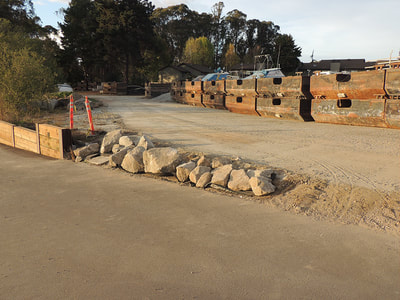 ANSWER!  Pile rocks up against the edge and hope for the best!
The best turned out to be none too good!
The base rock laid against the edge of the asphalt washed downhill into the street.
In fact, so much base rock washed away that the contractor had to replace it.
Then, the next rain washed it away again. 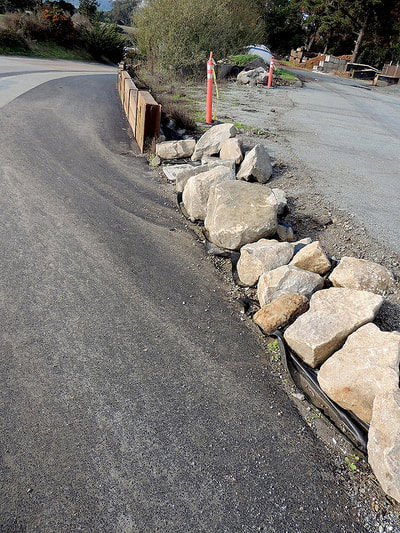 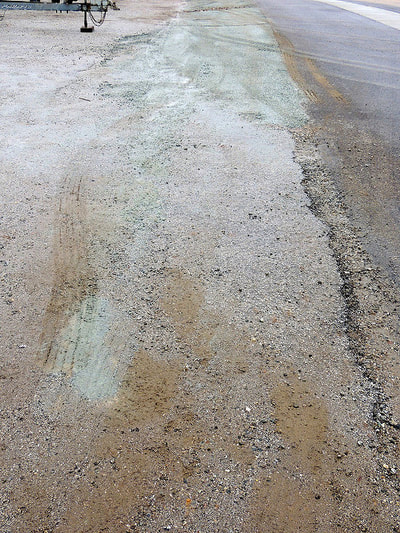 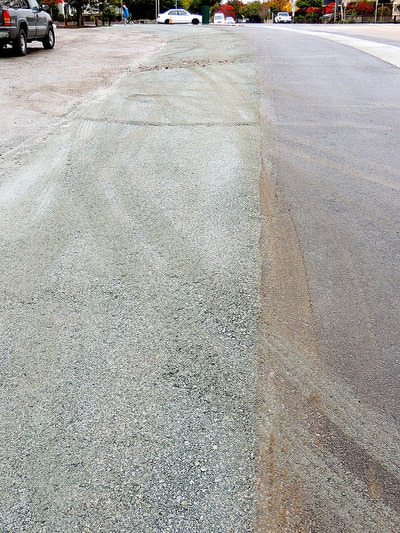 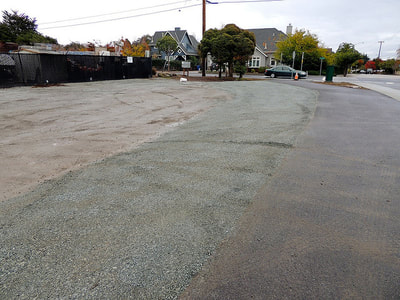 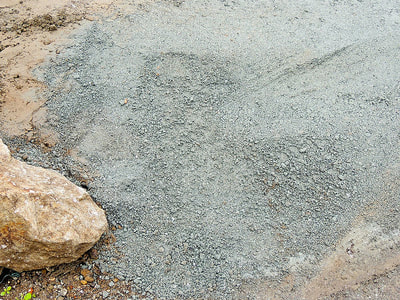 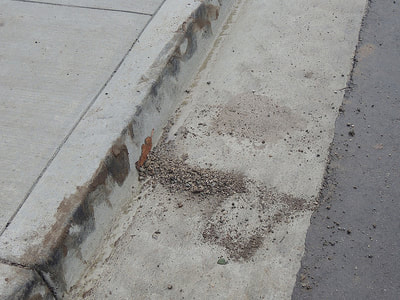