Continuing our pledge to always work to save and restore what is left after development, we adopted Area B of the Arana Gulch coastal prairie as City sanctioned volunteers for restoration of native wildflowers of Arana Gulch.

The paving projects in the greenbelt separated Area B from the whole prairie. However, the City continues to include the area in its management plans for the endangered Santa Cruz tarplant.  Although the last tarplant found in Area B was in 1998 (5 plants) and researchers found no viable seed there in a recent seed bank inventory, Area B is still considered critical habitat for tarplant and is included in the AG Habitat Management Plan.
Our first goal at Area B is restoration of the coastal prairie habitat generally.  Other native wildflowers (Deinandra and Madia) may once more populate Area B as a result and we continue to be hopeful that the SC tarplant (Holocarpha macradenia) may also make a return to this small, isolated area.

Since no grazing is planned for unfenced Area B, mowing and raking will be used as management actions, as will work to restrain encroachment of ivy, blackberry and other non-native species.  We work in collaboration with City Parks and Recreation and with the knowledge of the AG Adaptive Management Working Group.

Our first restoration work for the City. We deeply raked most of Area B to remove thatch built up over many years. 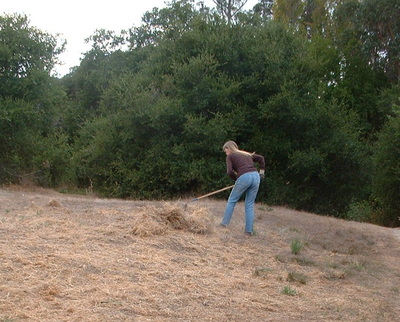 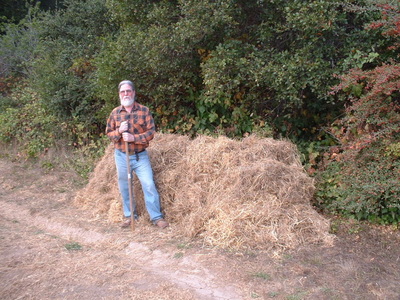 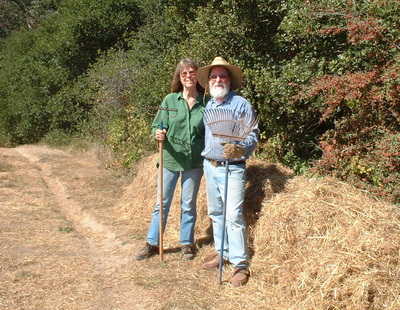 City mows Area B as part of its management plan to restore coastal prairie habitat. We prepare to rake the newly mown area.

Our first raking since 2010. The bags we filled were provided by the City. The first five bags were stuffed and heavy! We were bushed. Lots of thatch had accumulated in 5 years. Deep raking is a real workout! We had so many people ask questions (Where are the cows? How do I get to the harbor overlook? Why are you raking?). So, in addition to raking, we were able to be docents! 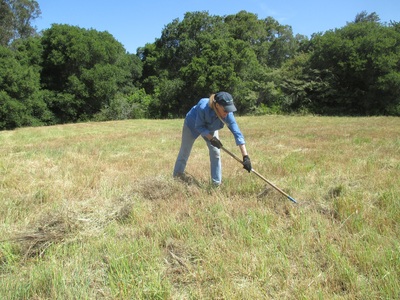 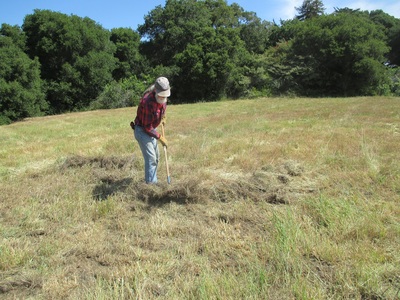 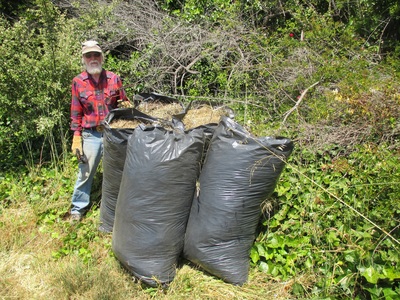 A total of 10 more bags. We are deep raking and getting a lot of thatch as well as disturbing the area, which is good SC tarplant and other native wildflowers. We inform the City when we have filled bags and they retrieve the bags. 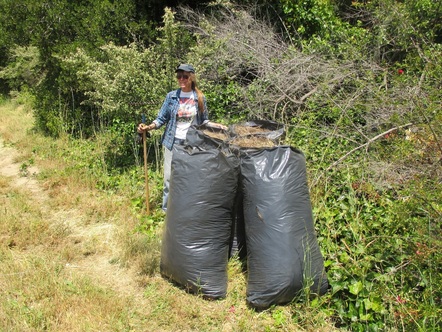 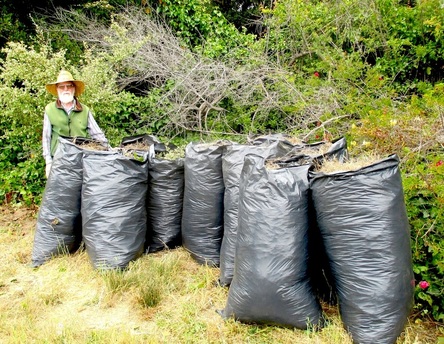 Today we filled another five bags, adding them to the others stockpiled.

We have decided to create two controlled experiments at Area B.

The first is that we are not going to rake one third of Area B, which runs south/north along the western edge. We are going to leave it unraked, as a control for the raking we are doing on the other 2/3 of Area B.

The second control is how much of the cut Avena and other non-natives we are pulling as we deep rake. Look at the first picture of the deep raked area and see how much new growth there in just two and a half weeks after mowing and raking. Then look at the second picture and note how we pulled a lot of that stuff as we raked, to keep it from making more seed (especially since we seem to be getting some late rains). We want to see if there will be any difference in the volume of growth after the winter rains commence. 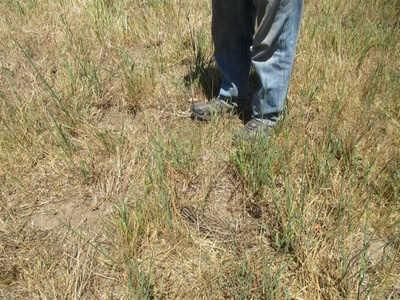 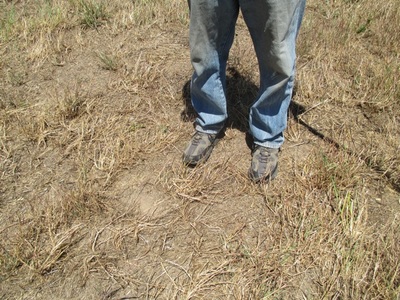 Filled 5 more bags (at 30 total now). Part of our work included cutting back ivy that has begun to encroach on Area B from the property adjacent to the greenbelt. We also removed all bits of plastic, either discarded or wind blown, as well as leftover bottles (one was an unopened beer) and cans. Area B is clear of litter.

Our raking is completed with the 40th bag filled! We also left a pile of deteriorated wattle used in the paving project that the contractor had not removed. 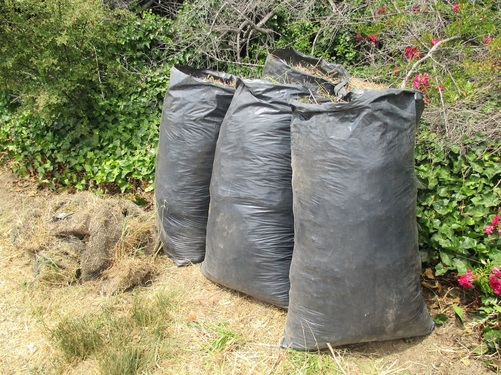 Alas, before the City could retrieve the last 5 bags, vandals dumped them all and took the plastic bags.  So we will be coordinating more closely with the City in the future.  For now, we look forward to regular stops at Area B, to keep it litter free and to pull any errant weeds we discover as the seasons pass and we move toward winter rains. 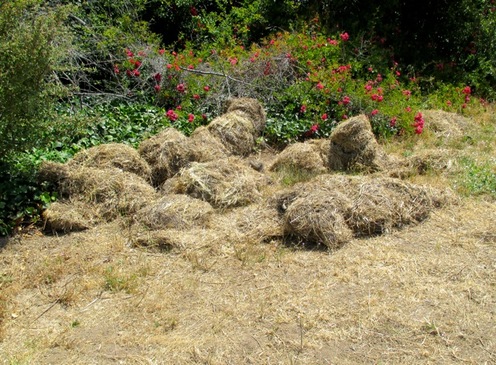