Broadway-Brommer, The Saga Continues
The Agnes Street Bike Road
Another surprise for most will be that our greenbelt gets not one but two destructive paved routes for bicyclists. It is called the Arana Meadow Trail (named for what it destroys). It runs from the Agnes Street entrance on the north end of Arana Gulch and will intersect with the Broadway Brommer (BB) paving in a wide triangle of remnant "critical habitat" for the endangered SC tarplant.

Because there simply cannot be enough damage to Arana Gulch in the minds of City bureaucrats, work on the second paved route has begun while the BB work continues at a snails pace, with the same 30' wide construction corridor for big earth moving equipment, disrupting visitors and wildlife alike.

Upon seeing the new construction work, one visitor to AG recently said, eyes wide in hope, "This one will be less wide, right?" She was shocked to learn that it will be another 8' wide paved route.

An unanswered question will always remain: how did a transportation project through Arana Gulch - from Broadway to Brommer - end up providing us with two paved bike routes instead of just the one?
September 14, 2014 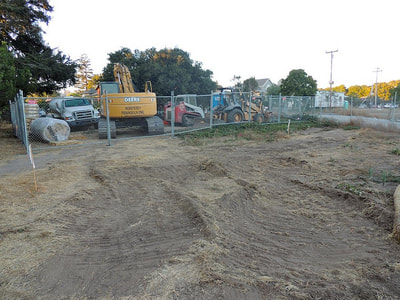 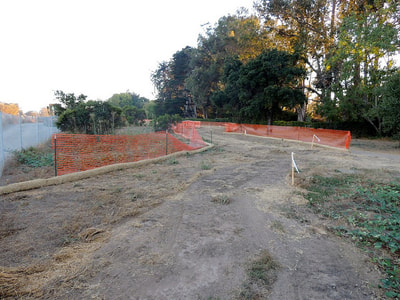 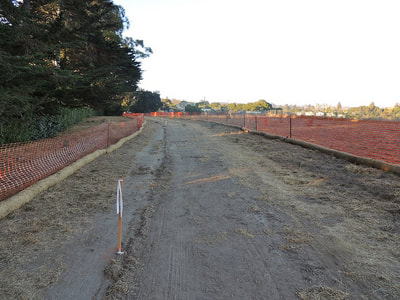 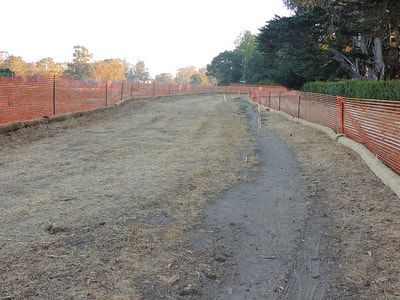 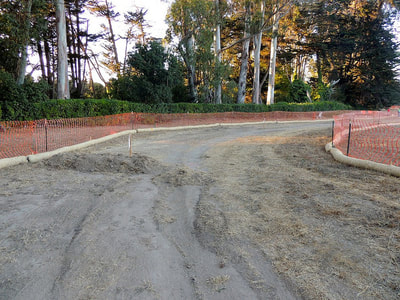 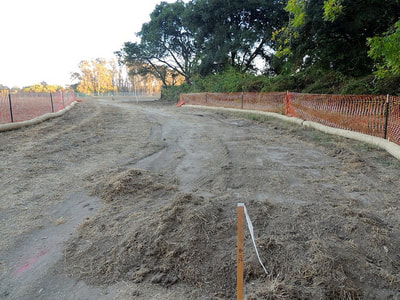 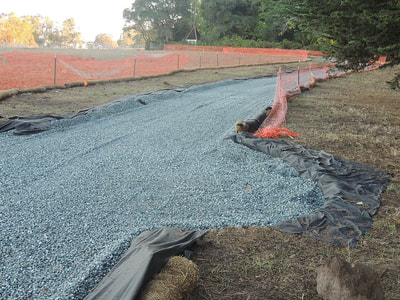 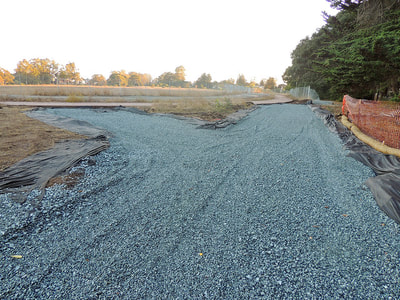 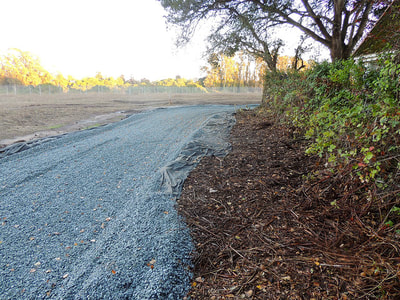 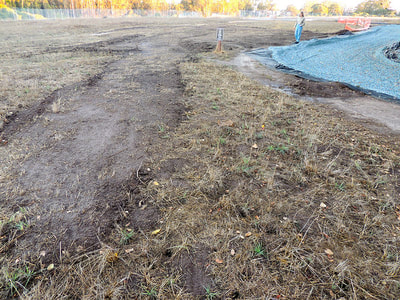